"be the real mar thoma nazranis by following the nazrayen, through the way shown by mar thoma sleeha and.... work for the welfare of the church and the nation.."

Syro-Malabar Church into a New Year

The Syro Malabar Church, Along with the rest of the world has been crossing the footsteps for a new year. After a much blessed 2011, we are in a new year of 2012. First of all, a blessed new year wishes to all...
2011 was a blessed year for us. We got a very energentic leader, His Beatitude Mar Geevargese Alancherry as our Major Archbishop. Mar Thoma Kurialacherry the first bishop of Changanacherry was elevated to the Venerable position. The second Anaphora of our liturgy, Anaphora of Mar Theodore was approved for experiment.....And we are now entering a new year 2012, where we await a bunch of more blessed events. 2012 is the Post Centenary Silver Jubilee (125) Year of Changanacherry and Thrissure Vicariates and the Golden Jubilee of the first mission diocese of Chanda. This is also the Golden Jubilee year of Vadavathur St Thomas Apostolic Seminary. We also awaits the declaration of Puthanparambil Thommachan as Servant of God. He will be the first layman from Syro Malabar Church, to become the Servant of God. In addition to this, we awaits the declaration of new bishops and dioceses ..

A strong leader to lead us...

After the sad demise of Mar Varkey Vithayathil, we got a new Major Archbishop Mar Geevarghese Alancherry to lead us. If Mar Vithayathil was a man of peace, who was choosen by the God to lead us in the midst of the internal crises, Mar Alancherry is a man of Courrage and Wisdom, who was choosen by the God to lead us to a fully developed Individual church. His election marked a mile stone in the history of the church. For the first time in the history, the Holy Synod of Syro Malabar Church elected their Major Archbishop.  He is a man who knows the presence of the church and its need in the future. He is well aware of the holy traditions and identity of the church. He is well determined to restore the holy traditions and lead the church in union. His election was the most valuable gift for the Syro Malabar Church in 2011. 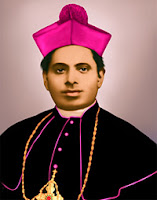 Mar Thoma Kurialassery, the first Bishop of Changanacherry and the Founder of SABS congregation was called Venerable. He became the first Venerable Bishop from India. This was in the midst of Centenary celebrations of his elevation as the Bishop. According to the Major Archbishop Mar Geevarghese Alancherry, Vatican Congregation for the Saints is certain about the cause of Mar Kurialassery. The saintly life of Mar Kurialassery was praised by Cardinal Amatho, the Prefect of the Congregation. They are waiting for the miracles to continue with the process.

Jubilee of Changanacherry and Thrissure Vicariates

The modern era of Syro Malabar Church was started with the establishment of two vicariates, Changanacherry and Thrissure for the Oriental Catholics in Kerala on 1887 May 20th. Hence it is not a matter of two dioceses. But it is a time for celebration for all the Syro Malabar Faithful. In 2012, we celebrate the 125th anniversery of this historic event.

Puthenparambil Thommachan was the founder of Franciscan 3rd order for the laymen. He is going to become the first layman from Syro Malabar Church to be called Servant of God. The Archdiocese of Changancherry had started the long process for his Canonization. The official inauguration and declaration is expected to take place in 2012. 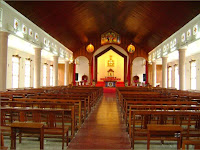 2012 is the Golden Jubilee year of St. Thomas Apostolic Seminary, Vadavathur which was established by Mar Mathew Kavukatt with the guidance from Cardinal Tiserang (Prefect of Oriental Congregation) and Rev Fr Placid Podippara CMI in 1952, with a view to give formation to the Seminarians, according to the Theology and Traditions of the Oriental church. During the last 50 years, it was succeeded to fulfill the dream of the great founders. The Jubilee celebrations will be taking place on 2012 January 14th. Cardinal Leonardo Sandhri, Prefect of the Oriental Congregation will be presiding over the function.

We also awaits the declaration of new bishops and dioceses. With the election of Mar Geevarghese Alancherry as Major Archbishop, the see of Thuckalay is vaccent. Also some of the senior bishops are awaiting the confirmation for the retirement. Most probably we will have a bunch of new bishops in 2012. We are also awaiting a diocese in Delhi. In a globalized world, where the migrations to the far corners of the world are increasing day by day, the need for new dioceses and mission stations are becoming more and more necessary. Let us pray to the god to fulfill our dreams...

Let us thank the god almighty for the blessings he had given us and pray for a blessed and prosperous new year. 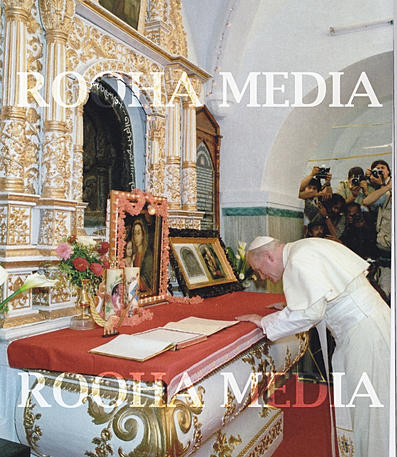 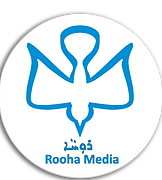 Please click on the image and Sign the petition to Pope Francis.."..Most Respected Holy Father, Kindly give equal rights to all Autonomous Churches in communion with the Holy See. Please stop restricting the Eastern Churches to small territories..."